SECASA’s AWARE Program provides assessment and treatment of sexually abusive behaviour (SAB) and problem sexual behaviour (PSB) in children and young people, whilst providing support to their parents and carers in the southern region of Melbourne, Victoria.


The program is based at the Dandenong Multi Disciplinary Centre (MDC) and works with children and young people between the ages of 10-18.

In December 2017, three members of the AWARE team presented at The Australian and New Zealand Association for the Treatment of Sexual Abuse (ANZATSA) 8th Biennial International Research, Theory and Practice Conference in Auckland, New Zealand.

The Conference centred on forging a new era in responding to and preventing sexual abuse.

SECASA workers Shona, Melissah and Jackie delivered a workshop on the complexities of ‘apologising’ within the context of ‘Treatment and Restorative Processes’.

This year, AWARE has had an increased influencing presence within the ‘Out of Home Care’ system. This is through participation in the Harmful Sexual Behaviour (HSB) and Child Sexual Exploitation (CSE) Project with Mackillop and University of Melbourne. This has also extended to the team being commissioned by Mackillop to deliver training to their residential staff.

AWARE is also engaged in a study of pornography with both Deakin and Swinburne Universities and a separate venture specifically related to Autism Spectrum Disorder (ASD) and pornography.

There has been an increase in training to the Department of Health and Human Services (DHHS) Sexual Assault Investigation Team (SAIT). This training has been extended to include the intake teams and lectures at RMIT (Social Work students) and Swinburne Universities (Criminology Students). AWARE’s ‘group work’ programs now include ‘Healthy Relationships and Reflexology’.

AWARE has continued to provide a high-standard of service delivery to children and young people whose behaviour has been sexually concerning and harmful. The families of these children work within a multi-agency framework to increase levels of safety for all concerned. 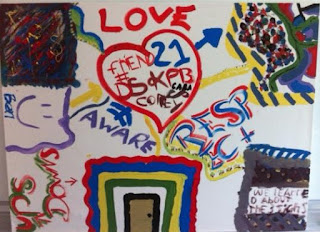 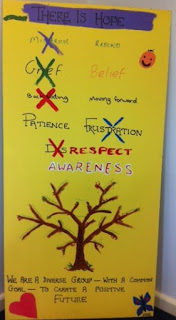 Posted by South Eastern Centre Against Sexual Assault at 07:00